Experiences That Inspire Us

Draven here. Each of us have stories of things that we’ve experienced that inspired us to greater things and gave us a taste of how much more deep and exciting our lives can be. Keeping in the context of entertainment, what events changed your life and inspired you to greater things? There are several entertainment events that changed my life. I have two on the top of my mind that directly affected The Silent Still. 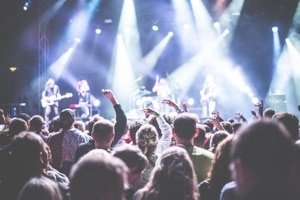 The first is seeing a band in concert that I didn’t like until I saw them live. A friend invited me, so I figured, why not? I may not like the band, but at least I could have fun with my friend. From the moment the band took the stage, they had me completely captivated. The lead singer had so much energy and passion that he could barely stay still, even in ballads. He made me want to be that passionate in my own music.

It wasn’t until years later that I was able to achieve it, with the help of a mentor who was like a grandmother to me. She would be at the bottom of the steps every time I stepped off stage. Night after night, she would shake her head in disapproval, saying that I did great, but it just didn’t do it for her. It was heart crushing. But I was determined to find that passion that took others there with me. I still remember the excitement I felt when she gave me a big hug and told me how she lost herself in the music because I took her there. 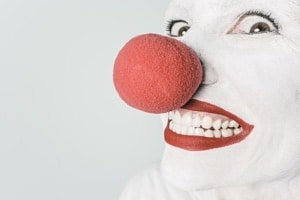 The second is a bit different. I grew up with traveling immersive events, mixing teaching and music with immersive theater. My parents laid that seed. but it wasn’t until years later that  I was inspired to apply the idea to my own music. That was when I saw Cirque du Soleil for the first time. I was amazed by every piece of it: the level of detail, the sheer amount of things going on, how they push the limits of what a human can physically do, how everything was branded and orchestrated to completely immerse you in another world, and how all of it was set to music. It inspired and drove me to make my music into something even more, make concerts into events, and make experiences immersive rather than a spectator event.

Once The Silent Still was born, that vision for something greater took hold. It took years to refine it, but it grew into a seriously passionate project, determined to spread the same inspiration and passion to others, giving them a taste of life being so much more than the every day grind. From our backstory, stories, and art, to the vision that gave us Rock Circus Masquerade on the way to even bigger events that have been stirring in the back of our minds for many years, we have story after story that inspired us and led us here.

Tell us one of your stories.